One in every three Americans consume opioid drugs and 1.9 million of those opioid users now find themselves addicted to dangerous pain-relieving medications. Here in Ireland, the National Association of General Practitioners (NAGP) has stated that the 1,000 percent increase in the prescribing of opioids over the last decade is because the healthcare system is fractured and broken. Approximately 115 people die every single day from opioid drugs. The medical community began releasing opioids into mainstream healthcare with good intentions but now the billion-dollar pharmaceutical venture potentially causes more harm than help. Medicare recipients spent over four billion dollars on opioid drugs in 2016, equivalent to nearly $3,000 per Medicare recipient. The result of this path of healthcare now produces addictions and death on a massive scale. 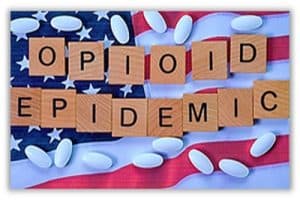 The Journal of Perinatology produced a report in 2015 stating that a baby is born addicted to opioid drugs every twenty-five minutes. Babies born addicted to opioids come from mothers who used the drugs during pregnancy. The same receptors in which create a chemical dependency in the blood transfer to the fetus. The drug addicted baby comes into the world facing a $50,000 rehabilitation rather than enjoying the simplicity of being held and nursed at the onset of a life full of health and potential.

The trickle-down effect of opioid dependency begins with adults and the choices made available in the healthcare community. The answer does not involve managing opioid use as much as eradicating the use of powerful and dangerous pharmaceutical drugs. Approximately 63% of opioid users begin ingesting these potent chemicals as a means of coping with physical pain. The true pursuit of better healthcare demands consummate research into the implementation of drugless solutions before any narcotics change hands.

Research conducted in 2018 focused on the benefits of Chiropractic care amidst the opioid epidemic. The study focused on administering Chiropractic care to individuals who used or had access to opioids for the treatment of pain. Regular Chiropractic care served as a primary health solution in place of the dead-end cycle of dangerous drugs. Patients who engaged with regular Chiropractic care began filling prescriptions at a rate 55% lower than those who did not receive care. Safe and effective Chiropractic adjustments provided enough pain relief that patients began using lower doses of opioids and consumed them less frequently. Research continues to reinforce the evidence that long term health directly relates to the condition of the spine and body. A healthy spine minimizes and reduces physical pain while providing a long-term drug free solution that no opioid will ever provide.

Chiropractic care also costs significantly less than the medical cycle of treatment. A patient succumbing to the cycle of pharmaceutical drugs, surgeries, and doctor visits faces medical bills far more substantial than someone recovering their health and freedom from opioids through Chiropractic care. The world deserves an alternative to the bindings of a healthcare system that suggests the use of addictive drugs to provide long term health and freedom from pain. Chiropractic plays a distinct and unique role in helping men, women, children, and babies experience the recuperative capabilities of their own bodies by ensuring the most vital parts of the body communicate and heal naturally. Better healthcare at the national level begins with educating all people about the research-based options that exist outside of the medical model of drugs and surgery. Better healthcare in the local community and home begin with taking the family to the local Chiropractor.

J Altern Complement Med. 2018 Feb 22. Association Between Utilization of Chiropractic Services for Treatment of Low-Back Pain and Use of Prescription Opioids.