More than 70 million Americans suffer from some form of sleep problem or wakefulness. 60% of those people endure a chronic sleep disorder with no available cure. Drugs become the treatment of choice for nearly nine million Americans who need help falling asleep or staying asleep every night. The problem with relying on drugs begins with enduring dangerous side effects and ends with the fact that drugs do not target or fix the cause of the sleep issue. Drugs cannot fix the problem and lure people into reliance upon long-term medication use. 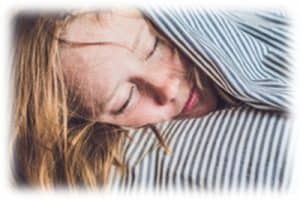 The Center for Disease Control and Prevention (CDC) states that, “Sleep is increasingly recognized as important to public health, with sleep insufficiency linked to motor vehicle crashes, industrial disasters, and medical and other occupational errors. Persons experiencing sleep insufficiency are also more likely to suffer from chronic diseases such as hypertension, diabetes, depression, and obesity, as well as from cancer, increased mortality, and reduced quality of life and productivity.”

Many unifying factors lead to a more balanced autonomic nervous system. A combination of eating well, moving the body, reducing emotional stress, and deep breathing all improve the sleep inducing environment. One major factor that contributes to sleeplessness often goes unaddressed or remains unknown to those who badly want to experience a quality sleep rhythm. That major factor is posture, as the window into the state of health of the spine and nervous system. Posture, bio-mechanical structure, and movement of the spine play a vital role in regulating hormone balance and fixing the problem that no drug or pill can resolve. The spine experiences an intimate connection to the autonomic nervous system through microscopic neurons and receptors densely populated in the small muscles, ligaments, and joints in and around the spine. These neurons communicate with the brain on a second-by-second basis for an entire lifetime. Altered autonomic nervous system balance results from abnormal movement or misalignment in a person’s spine and posture. Healing and rest become a major challenge when the body struggles to communicate.

Scientific research conducted as recently as 2015 proved that Chiropractic adjustments help remove interference from the autonomic nervous system, balance stress and sleep hormones, and improve the body’s ability to gain greater rest through better sleep. Patients who received spinal adjustive care experienced improvement in stress hormone balance compared to patients who did not utilize Chiropractic care. Many other health conditions also improved due to the powerful impact that radiates from the spine following regular adjustments.

Better hormone balance within the central nervous system occurs with every adjustment. Millions of people experience improved rest and recovery as a side effect of pursuing a healthy spine and autonomic system. Freedom from relying on dangerous drugs and side effects begins with unlocking the promise of better rest that already exists in the power of a healthy body.