Conjoined Twins Help Explain the Influence of Chiropractic on Immunity

Conjoined Twins Help Explain the Influence of Chiropractic on Immunity

Conjoined twins named Masha and Dasha were born in Russia in the 1950’s. They each had one arm and shared one pair of legs. The fusion created a circumstance where the twins shared many of their internal organs. Each twin did maintain separate hearts; however, the same blood which circulated throughout Masha’s blood vessels also circulated through Dasha’s vessels. The amazing and unique part of their health history focuses on their nervous systems. Although the same blood circulated through their bodies, each twin possessed a separate and different brain and spinal cord. The separate nervous systems created fascinating instances where one twin would become ill while the other did not. The germs of the sick twin would flow through the shared blood of both twins but only one would experience symptoms from the flu or measles virus. The other twin would be symptom free. 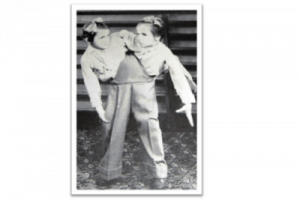 Medical schools continue to teach that germs cause disease. The simple philosophy implies that people become sick when they encounter germs. The case study of Masha and Dasha countered that hypothesis when germs circulating through the same body did not create a simultaneous effect on both twins. Scientific research proves that the immune system works under the direct control of the brain and nervous system. A 2013 textbook titled “Autonomic Failure” published the scientific proof that specific immune-fighting white blood cells (macrophage) operate under the direct control of the sympathetic nervous system. Such evidence proves revolutionary to health and medicine.

Any interference to the nervous system makes a person more susceptible to illness. The spine is designed to be in a specific position which allows for appropriate movement. These factors enable the brain and nervous system to communicate effectively with organs and systems throughout the body. A misaligned or less than optimally mobile vertebra will alter the body’s potential to heal at full capacity. Chiropractors do not seek to treat, cure, or heal symptoms or disease. Chiropractic adjustments gently improve position and movement in the spine, so the brain and nervous system become balanced. Research proves that Chiropractic adjustments improve immune function by removing interference from the nervous system.

Case studies like the story of Masha and Dasha helped lay a deeper foundation of understanding into the power and potential which exists within the body. Nervous system care continues to compile evidence of healing and restoration as people recognise that true health begins with caring for the function of the body. Research compiled in 2011 showed a 139% increase in specific immune-boosting hormones following a spinal adjustment. The future of health care begins with understanding the past. Expensive pills and medicines pale in comparison to the powerful healing capacity present in a healthy nervous system. The evolving science of Chiropractic continues to educate communities about the long-term benefits of nervous system care for the entire family.

* J Am Osteopath Assoc. 2011 Mar;111(3):143-7. Impact of osteopathic manipulative treatment on secretory immunoglobulin a levels in a stressed population.