Children under Chiropractic care report greater focus, function, and development! An early example of the connection between Chiropractic, the brain, and mental health took place in 1931. The Kentucky House of Reform presented a study involving a group of 244 adolescent boys who were incarcerated by the state because of criminal or behavioral problems. The boys received Chiropractic care during their rehabilitation period and nearly 100 percent showed documented improvement in behavior and conduct. 144 of the 244 patients improved to the point of being released from custody following a period of Chiropractic care. 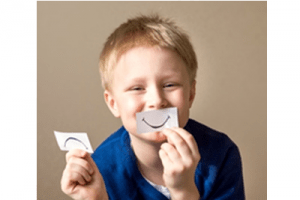 An intimate connection exists between the spine, the brain, and the central nervous system. The health of the spine directly influences the health and function of the entire body. Children under Chiropractic care report improvement with many different symptoms and health conditions. Evidence connects improved performance in school and activities to benefits resulting from spinal adjustive care.

Parents sometimes question why a baby or child needs Chiropractic. The simple answer comes from drawing a connection between being proactive versus reactive. The body undergoes physical trauma beginning with spinal distress that takes place during a baby’s development in the womb and continues through the birth process. Research shows that many newborns suffer micro-trauma during the birth process that slightly alters the position and movement of the bones in the upper neck. The seemingly insignificant birth trauma that leads to a subtle misalignment induces stress in the central nervous system. Left undetected and uncorrected, stress in the central nervous system contributes to many unwanted symptoms suffered by infants and children today. Chiropractic pursues the prevention of disease rather than a reactive decision to use drugs or surgery to treat children.

According to Dr Eva Orsmond, “we are spending €500 for every man, woman and child in Ireland on drugs, 40 per cent higher than the EU average”. One in every four children in the United States takes a prescription drug for a chronic condition. That means 25 percent of America’s children rely on a dangerous pharmaceutical drug to treat a condition that may never fully resolve. Hope for future generations begins with first recognizing the greatest doctor and pharmacy exists inside the body. Health strategies that respect and utilize the body’s innate healing power produce greater long-term results than a reliance on masking agents like pills and drugs.