From the USA to Over 100 Countries: Chiropractic Provides Better Health Care for Millions

From the USA to Over 100 Countries: Chiropractic Provides Better Health Care for Millions

Chiropractic continues to gain popularity for a variety of health reasons. Chiropractic represents one of the largest health care professions in the world and continues to grow as access, awareness, and education present people with the full scope of benefits radiating from constantly growing data and research which demonstrates massive health potential within a well-functioning nervous system. The profession of Chiropractic started in the city of Davenport, Iowa, back in 1895. A hearing-impaired custodian (Harvey Lillard) experienced hearing restored after a series of adjustments from the founder of Chiropractic, Dr Daniel David Palmer. 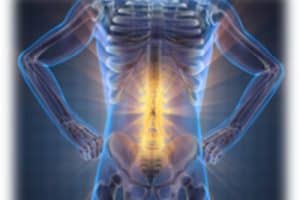 The very first Chiropractic patient did not receive adjustments for neck or back pain. His pursuit was health and restoration. A 2017 study found that 93% of current Chiropractic patients visit a Chiropractor for the first-time seeking relief from back or neck pain but soon discover benefits which extend far beyond the scope of pain relief. Evidence-based Chiropractic research continues to expand and educate more people about the science, unique process, and healing philosophy surrounding Chiropractic care.

Chiropractic gained an initial following in the early 1900s. The Spanish flu pandemic of 1918 served as the major watershed moment in time which earned Chiropractic worldwide acclaim. The 1918 Spanish flu pandemic infected 500 million people around the world and the deaths of 50 to 100 million people, making this pandemic one of the deadliest natural disasters in human history. Historical health documents and statistics reveal that people receiving spinal adjustments for nervous system health experienced a much lower casualty rate than those not under Chiropractic care. The global fear of flu and sickness led many people to begin utilizing Chiropractic care to strengthening their immunity and better preparing their bodies to combat sickness and disease.

Scientists and researchers struggled at the time to understand why such incredible health improvements occurred through the spine that seemed unrelated to spinal health. Better anatomical research and scientific methods evolved with time and helped better explain the function of the central nervous system as it relates to both spinal care and overall health. An intimate connection exists between the spine and nervous system. Better mobility and communication through the spinal cord and nervous system allows the body to better regulate immunity, hormones, and healing. These reasons alone provide ample reason for children, adults, and seniors to investigate and experience Chiropractic care without any presence of back or neck pain.

Chiropractors do not claim to heal or cure diseases. Chiropractic adjustments focus on removing interference and immobility from the brain to body communication system. Over 90% of people initially go to a Chiropractor to address an issue of pain but evidence of improvement in energy, immunity, athletic performance, memory, and concentration circulate as testimonies which continue to increase the number of people who seek nervous system care for optimal health and overall wellness.

The extra benefits, usually not sought when first visiting a Chiropractor, are plentiful, and paint a much bigger picture of Chiropractic and its effect on improving nervous system health. From the 2017 Spine study, some of these extra benefits include improvements in overall health, better sleep, a reduction in stress levels, feeling better emotionally, healthier relationships with others, a sense of control over your health, and better school or job attendance. More than 54 million American adults visited a Chiropractor in their lifetime and approximately 19 million people consulted with a Chiropractor in the past 12 months. These growing numbers represent a health care option trusted by more and more people in over 100 countries in all world regions, as the nearly 100,000 Chiropractors pursue better health care for millions of people worldwide every single day.