How Are So Many Children with Autism Helped by Chiropractic?

How Are So Many Children with Autism Helped by Chiropractic?

The neurological influence of a Chiropractic adjustment produces an incredible amount of new and renewed scientific data every year. Research consistently draws positive connections between the health of the spine and the improved condition of individuals afflicted with health and developmental challenges. Autism maintains a consistent position in the cultural spotlight with statistics creating cause for concern about the increased number of cases impacting children across the country. 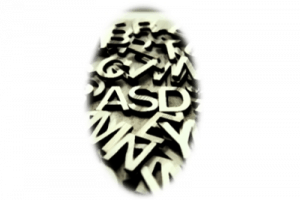 On the 15th July 2016, the National Council for Special Education (NCSE) published a major report finding that one in every 65 students in Ireland has a diagnosis of autism. That is 14,000 Irish students diagnosed with autism. Autism spectrum disorder (ASD) presents as a complex developmental disorder that causes problems with thinking, feeling, language and the ability to relate to others. ASD classifies as a neurological disorder which affects the function of the brain. The effects of autism and the severity of symptoms manifest differently in each person. Harvard researchers estimate the added annual costs of autism-related healthcare and education average more than $17,000 per child in the United States.

Interventions for children and adults with ASD involve behavioral treatments, medicine, or both. Most people with autism endure additional medical conditions like sleep disturbances, seizures, and gastrointestinal distress. Addressing these conditions directly improve attention span, learning capacity, and other related behaviors. The medical model recommends treatment consisting mainly of pharmaceutical drugs that never address healing or permanent recovery. Chiropractors help facilitate a natural and permanent process to help to overcome these conditions related to autism by addressing the improved health and function of the nervous system.

Research published in 2013 proved a correlation between autonomic nervous system dysfunction and autism sufferers. The data detailed a significant increase in nervous system fight-or-flight stress in people suffering from ASD.  Chiropractic focuses on balancing nervous system function and hormone levels by improving the health and condition of the spine. Regular spinal care promotes the reversal of specific negative neurological patterns found in those suffering from autism. Most parents and general medical practitioners remain unaware of the new evidence and studies showing the direct connections between the spine, nervous system, and ASD. Chiropractors maintain a commitment to both educating the public and providing evidence-based solutions to adults and children afflicted with autism without the use of pharmaceutical drugs.